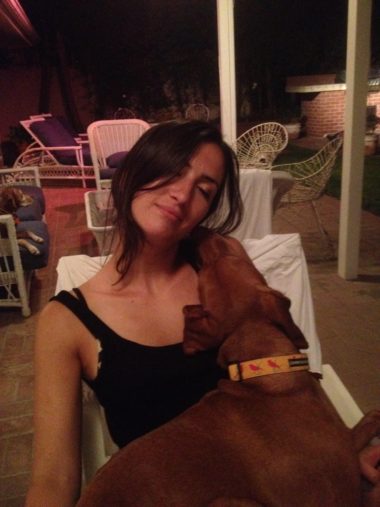 I’ve recently been thinking a great deal about sleep, or to be more specific, my lack thereof. I definitely struggle with getting enough shuteye. My ideal nocturnal picture looks like this: I’m asleep by 10:30pm and awake by 6:30am. Except this happens MAYBE once a month (and that’s a good month). Much too often I’m in bed by 12:30am and up at 7am. And I’m one of those “I need 8 hours to function” types. Which means more often than not, I’m walking around in zombie mode. This makes me wonder just how many of us are listlessly traipsing around on any given day. And I live in New York City, where the majority of us don’t have to operate a vehicle.

I’m well aware that I’m not the only one who tends to overlook the importance of sleep. I repeatedly hear myself telling people, “I’ll sleep when I’m dead”(thanks for that pearl of wisdom Dad). We live in a culture that encourages multitasking and utilizing every moment in a day. People are actually commended for pulling all-nighters and working through their lunches or breaks. These are the very same people who are most driven and headed for success right? Wrong. In actuality, people who aren’t getting enough sleep are unknowingly welcoming in a plethora of health issues, which will ultimately work against them and prevent that much sought after success.

Short-term effects of lack of sleep might at first appear pretty trivial. You might be less alert, be slightly more irritable than usual, or you might not be able to exercise as long or at the intensity that you normally can. No biggie. You’ll increase your caffeine intake for today and vow to get more sleep tonight, yeah? We’re only human, and we’re all going to occasionally have off days because life happens and you can’t always have your cup of chamomile tea and be in bed after a Seinfeld rerun. It happens. Things get increasingly more complicated when you consider the long-term effects of repeated sleep deprivation. Making a habit of neglecting this basic need, people who suffer from chronic lack of sleep tend to have very serious health issues, including (but not limited to) high blood pressure, disruption of basic cognitive functions, obesity, mood disorders, and a higher tendency for volatile relationships due to their increased moodiness.

People forget that the human body actually requires sleep for survival. Historically, sleep deprivation has been used as a form of torture. Now I’m not an expert by a long shot, but I firmly believe that anything that at one time or another has been employed as a torture tactic should be avoided at all costs.

Also, when we don’t get enough sleep, we have significantly weaker immune systems (read: get sick more often) and higher incidences of depression. Lack of sleep is widely recognized as one of the major causes of depression. Denying your body this basic function will eventually take a toll on your body AND your mind. Perhaps a link exists between the number of Americans on prescribed psychotropic medications and lack of sleep? Who am I to suggest this? Europeans famously close businesses and take daily naps. Perhaps we could benefit from a similar practice in the US? Just throwing this out there. Is there a giant suggestion box somewhere where I can offer this up? Or maybe someone just needs to initiate? I’ll gladly volunteer to start the trend. Anyone with me?